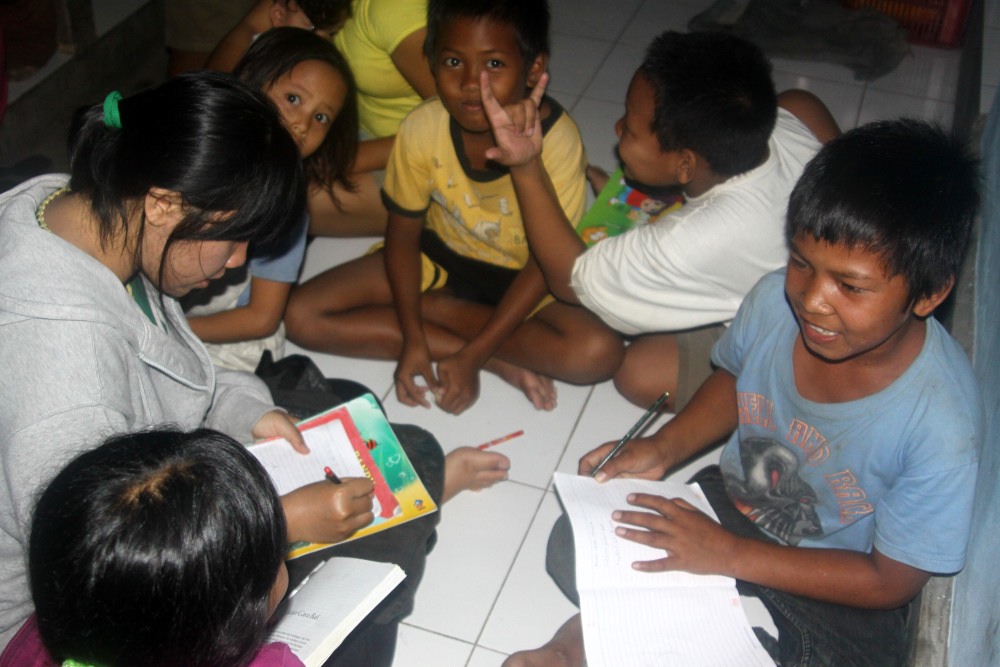 While sitting on the floor, Wayan Samah wrote about education in Bali in his notebook.

“The cost of education in Bali is too expensive for us. Therefore, we can’t get a formal school education,” he writes.

END_OF_DOCUMENT_TOKEN_TO_BE_REPLACED 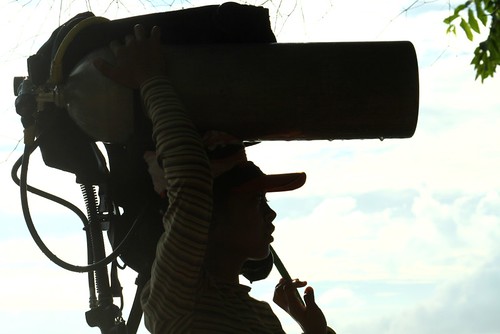 They belonged to a group of local porters, who carry all the heavy equipment for scuba divers.

Tulamben is one of the island’s most favorite diving spots. Around 20 meters from the shoreline, the famous World War II’s wreck of the USAT Liberty lies on Tulamben’s sandy bottom, waiting for the divers.

END_OF_DOCUMENT_TOKEN_TO_BE_REPLACED 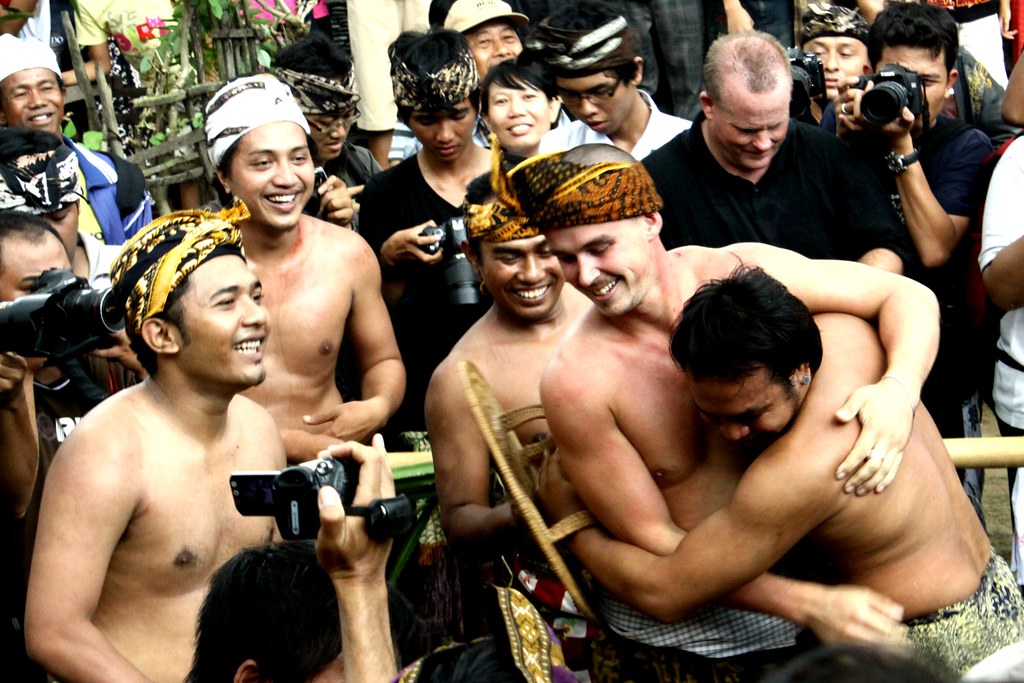 Maurizio Rosenberg Colorni was trapped in a fierce battle, but showed no fear in facing his enemy in the centuries-old ritual of pandanus battle, held during a special ceremony in the Tenganan Indigenous community in Karangasem, East Bali, recently.

Despite a wound in his neck and back, Colorni was brave enough to answer a local boy’s challenge to finish the duel.

END_OF_DOCUMENT_TOKEN_TO_BE_REPLACED

“Hooray.I made it!” she said while raising her hands. Some of her friends in the room gave her applause.

END_OF_DOCUMENT_TOKEN_TO_BE_REPLACED

Drug users in Asia and Pacific regions face discrimination and limited access to proper medical treatment since many of these countries still regard human rights as minor problems, a forum was told Thursday.

“It requires comprehensive policy changes at the national, regional and international levels to enable these persons to receive needed medications and treatments,” said a speaker in a forum on Injecting Drug Users (IDU), with the theme Reform: Toward Human Rights Drug Policy, in Sanur, as part of the 9th International Congress on AIDS in the Asia-Pacific.

END_OF_DOCUMENT_TOKEN_TO_BE_REPLACED

Dressed in a dark-blue T-shirt and shorts, Kadek Sukadana accompanied seven foreign tourists walking around Nusa Ceningan, one of the Nusa Penida islands in Klungkung regency, about 70 kilometers east of Denpasar.

Sukadana’s main occupation is as a seaweed farmer, and does this part-time job of tour guide for any visitors who drop by his little island. Unlike other registered tour guides, Sukadana doesn’t have to change his “fashion style” and put on intricate Balinese traditional costumes while accompanying his guests.

END_OF_DOCUMENT_TOKEN_TO_BE_REPLACED

With a tiny safety pin, 13-year-old Kadek Juliantara picked the sharp thorns out of the scratches carved into the shoulder of his best friend, 12-year-old Kadek Anjasmara. He did it with carefully, gently, so as not to cause any pain.

Yet these same wounds were inflicted by none other than Juliantara himself during the Perang Pandan battle held earlier in the morning. As always, best friends Juliantara and Anjasmara took opposite sides in the annual event.

As Juliantara carefully cleaned Anjasmara’s wounds, the other Tenganan youths gathered nearby amused themselves by teasing 8-year-old Bagus Saptana. Saptana looked a bit nervous: It would be his first time participating in the fight, known locally as mageret pandan or makare-kare. Naturally, the prospect of hurting his opponent or being hurt had shaken the boy up a little bit. And the older kids weren’t going to miss a chance to frighten the boy a bit more.

END_OF_DOCUMENT_TOKEN_TO_BE_REPLACED

Farmer Made Jaya, 67, is weeding his rice fields on the outskirts of North Denpasar district on a sunny day.

He prefers tending to his 1,700-square-meter field than taking part in any of the campaign activities leading up to the April 9 legislative elections.

“The upcoming election is confusing because there are so many candidates to pick from and so many candidate pictures to punch on the ballot,” he said, when asked to comment on the elections.

END_OF_DOCUMENT_TOKEN_TO_BE_REPLACED

Suntreg was sitting with her friend on the veranda of one of several pavilions in the nursing home, before Tri took her to bathe.

END_OF_DOCUMENT_TOKEN_TO_BE_REPLACED

This year, there is no imported fruit on the gebogan (fruit platter served as an offering) prepared by Kadek Andariani during ceremonies to celebrate the Balinese Hindu holiday of Galungan in Karangasem.

In the past, Andariani would have picked imported Guan Juan apples, Sunkist oranges, pears and green grapes for the offerings.